Ferry to Algiers and French Market

After breakfast we headed back to Canal St and got a day pass for the street cars (and buses) and rode done to the ferry. We rode the Ferry over to Algiers Point and took some pictures looking back toward New Orleans. 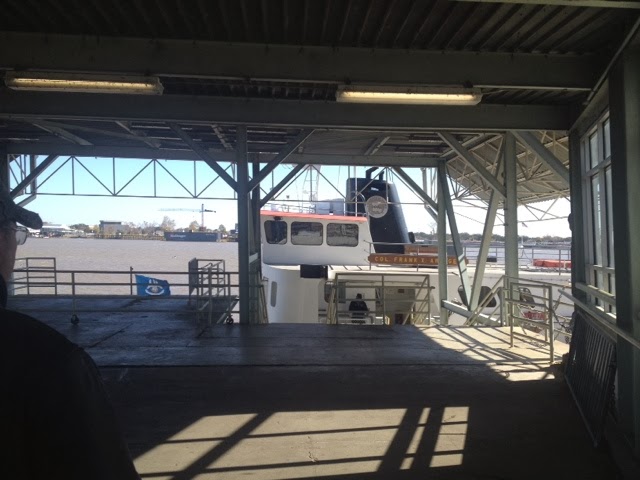 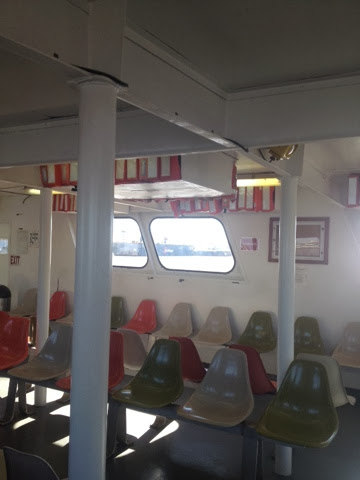 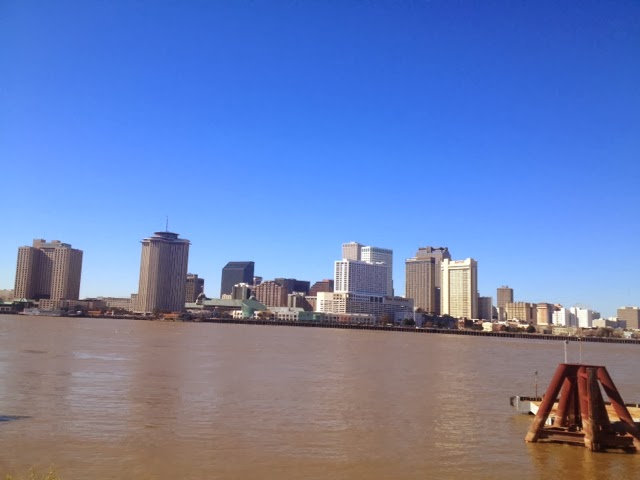 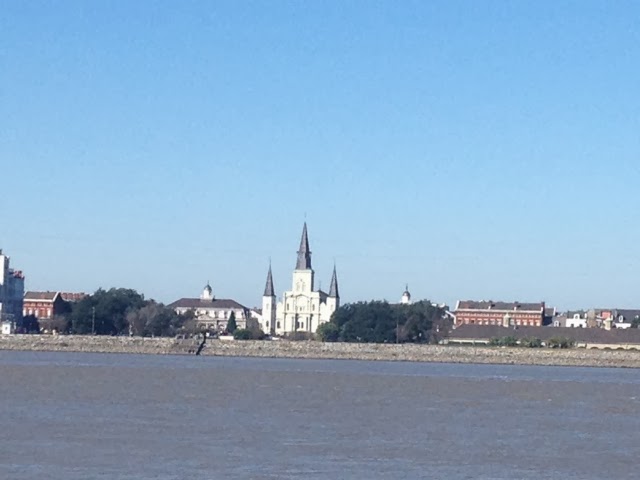 We saw the Algiers Courthouse. 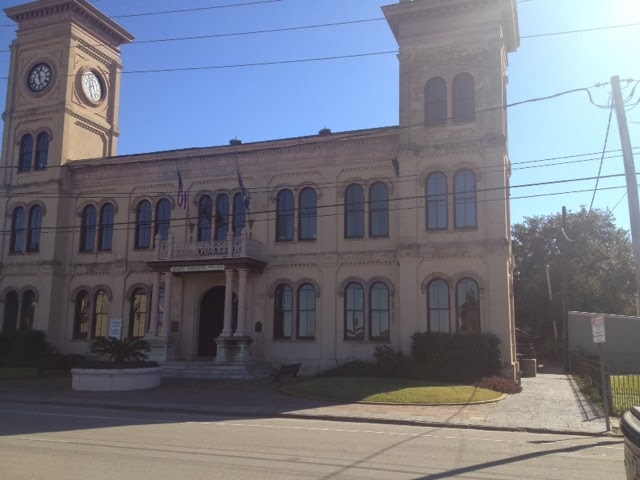 Back by the ferry we saw this statue of the late Louis Armstrong. 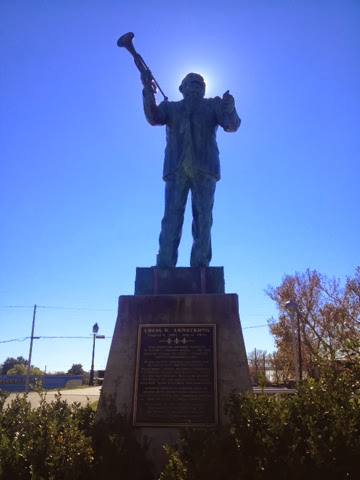 And then headed back on the ferry. We saw these pelicans along the way. 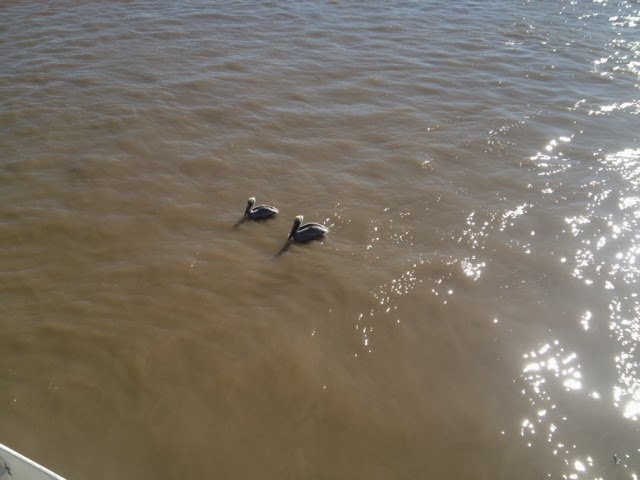 We rode the Riverside streetcar down to the French Market and browsed around a little. 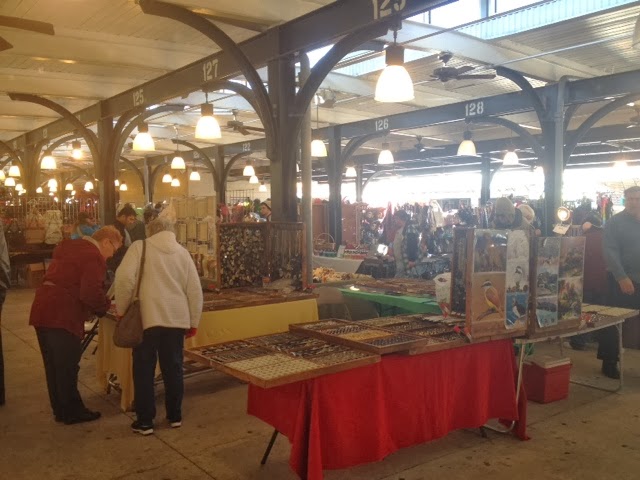 While we were there we grabbed a couple snacks. I chose apple beneigts. There were four but I initially forgot to take a pic. These were better than cafe du Monde of you ask me. 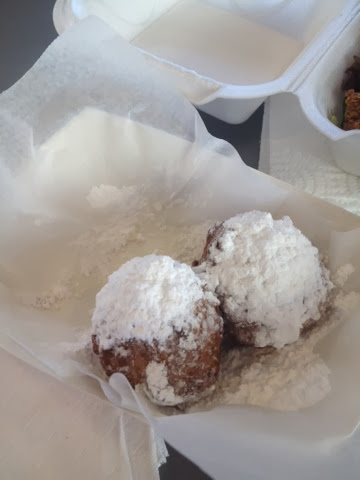 Rob chose Gator bites. I tried them. They were pretty good. He said there were some chewy spots. 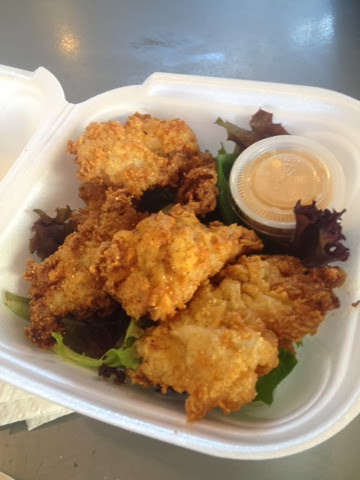 Now we are back on the Riverfront streetcar headed back toward Canal where we will catch the one going up to St Charles and transfer to go to the Garden District.
Posted by Vonavie at 1:41 PM